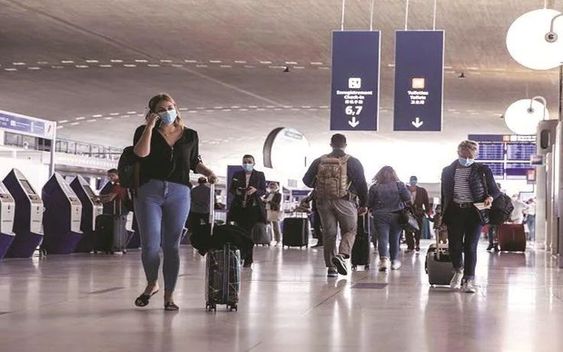 The Finnish Ministry of Interior announced that the entry and border controls will remain in effect for travelers to Finland.

The plenary session was held on January 13, and the decision will be implemented on Monday, January 17,

The entry rules for most countries will not change. Travelers must have a valid vaccination certificate to enter the country. Those who are unable to obtain a vaccine due to medical reasons must show the medical evidence to support their symptoms. A COVID-19 test must be taken 48 hours prior to arrival. All travelers over 16 years old must comply with this requirement.

"Internal border control will continue, and entry restrictions will remain largely unchanged up to January 31." The press release states that some relief has been granted to those who cannot receive the coronary vaccine," for medical reasons.

The decision regarding external border traffic will also be modified for third-country citizens, who will be allowed to enter the country on the same grounds as Schengen and EU nationals.

Additionally, citizens of Finland, Sweden, Finland, Norway, and Finland border communities, as well as individuals traveling between Norrtalje municipality in Sweden, can enter Finland with a vaccination certificate, a recuperation certificate issued less than 6 months ago, or a negative COVID-19 test result. This is only valid for seven days prior to arrival in Finland.

A negative test is not required for Finnish citizens who are able to enter the country. This includes foreigners who have been permanently living in Finland, as well as individuals who can enter the country based on a need such as family or personal matters.

Passengers are warned by the authority that they can travel to Finland without having to pass screening, but other countries or airlines might have different requirements.