Best 10 Traditional Thai dishes you should try in Thailand

Best 10 Traditional Thai dishes you should try in Thailand It's easy for restaurants in the west to get excessively imaginative with the Thai menu. Particularly when Thai food is infused with influences from nearby Laos, Myanmar, and Cambodia. Include a dash to European and Japanese flavor to contemporary Thai cuisine, and style in a restaurant. 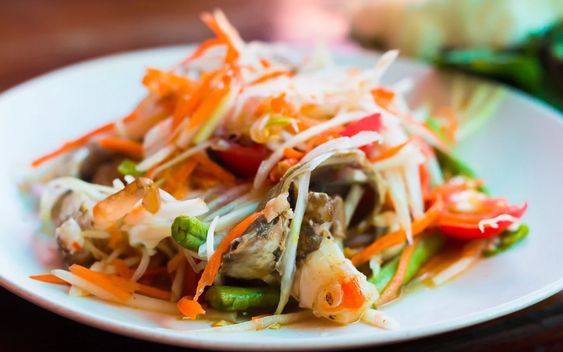 Best 10 Traditional Thai dishes you should try in Thailand 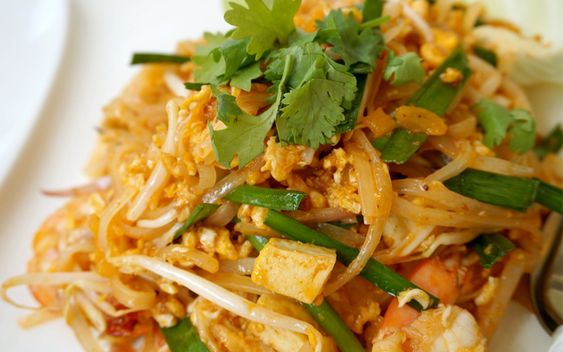 It's easy for restaurants in the west to get excessively imaginative with the Thai menu. Particularly when Thai food is infused with influences from nearby Laos, Myanmar, and Cambodia. Include a dash to European and Japanese flavor to contemporary Thai cuisine, and style in a restaurant. Thai food can be easily confused with the various ingredients, complicated spices, and exotic spices required to make a dish. 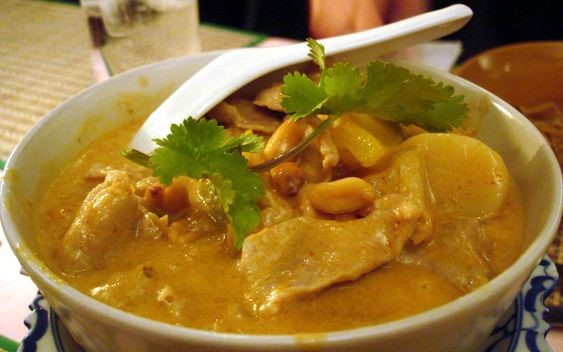 There is no way been able to pinpoint where this delicious curry dish comes from. Many historians believe that it was brought to Malaysia via Middle Eastern traders, as the name massaman was derived from the ancient Thai word that means Muslim and other historians point to its origins within its time in the Thai Royal Court. Whatever the case, massaman is able to set its own difference in comparison to other Thai curries because it is made with lesser-known spices such as cinnamon, cardamom, and anise. Alongside its flavorful and complex paste, which is usually cooked in a pan along with coconut cream as well as tamarind paste it is an entrée that is packed with sweet and spicy flavors. 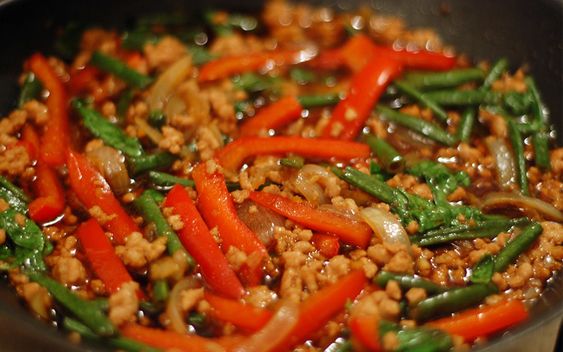 The most popular dish for anyone who is a Thai local who isn't sure what to have for dinner on the night out is that minced rice and pork a la meal can be enjoyed anytime during the day. Commonly served with jasmine rice that is steamed. Pad Kra Prao is served with a portion of fat minced pork, stir-fried along with Thai holy basil, and spiced with chili chopped and fish sauce. Other options include chicken, beef, or seafood items stir-fried with cowpeas, basil, bamboo shoots, and then topped with a crispy egg. 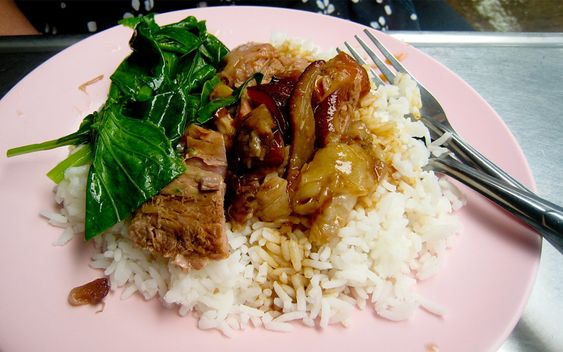 A sight to behold watching it being prepared at a Thai food cart in the streets slow-braised stewed pork leg and rice dish is a popular choice during night-time markets. On stalls along the road where you can find Kao Ka Moo simmered in large aluminum pans with five-spice sauce and soy powder until the meat becomes tender enough to slip from the bones. The braised meat then gets cut into thin strips on the large cutting board using cleavers and then served with rice with pickled vegetables, bok choi, and boiled eggs with custardy yolks. 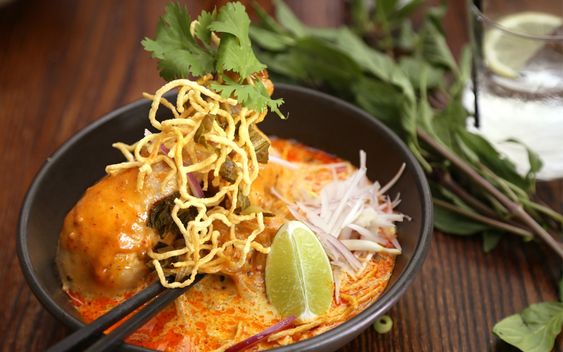 A classic Northern Thai staple, this yellow curry rice noodles soup is available in a variety of styles and is available virtually everywhere throughout Chiang Mai from roadside kitchens to fine dining restaurants. Its roots are in Myanmar along with Laos, Northern Thai Khao soi's soup has a similarly sweet, coconut flavor to the massaman curry. In a single bowl, egg noodles have been cooked and the deep-fried noodles soaked in curry soup and served with green shallots as well as minced pork, pickled cabbage, or chicken leg for toppings. Each dish usually comes with condiments such as coriander, oil-fried chili paste, and lime along with it. With a myriad of variants spread across Thailand, You'll see the contest for the most delicious Khao Soi in the country particularly located in Chiang Mai, to be very heated, but there is no obvious winner. 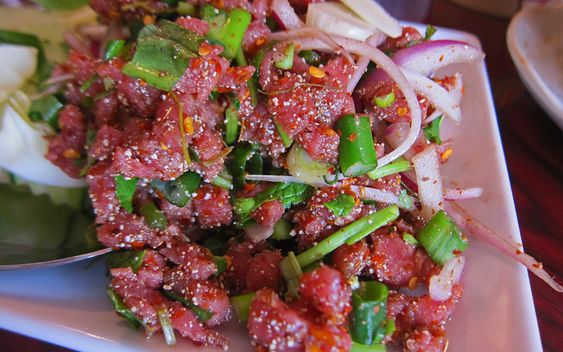 A common salad that is made during a Phuket cooking class this zesty and spicy salad is a refreshing change from the usual mango salad. It is made with thinly cut tenderloin strips of beef served with sprigs of fresh spearmint and chopped shallots garlic, onions chilis, and then seasoned using fish sauce and lemon juice. Yam Nua entices the palate by delivering acidity and heat. 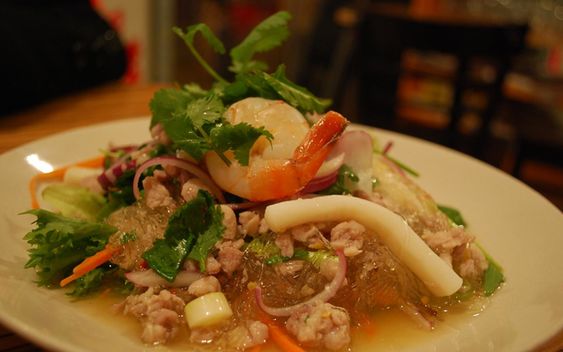 While not as glamorous as pad thai, this traditional stir-fried glass noodle recipe has been around for almost as long. As Made of mung beans cellophane noodles are extremely versatile and go well with a myriad of ingredients. If used to create plates of Woon sen, the soaked noodles are cooked in a wok along with shrimps, shallots cloves, vegetables along scrambled egg scrambles. After adding a little oyster sauce to spice it up the noodles are often served with mung bean sprouts as well as chopped coriander. If you're in Thailand be cautious before shrugging this basic food item You'll be pleasantly surprised by the variety of Woon sen is available. 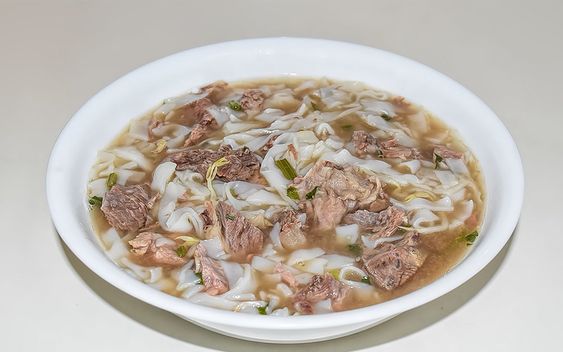 As easy as the way the bowl is to the average person eating it, having one in Thailand is an amazing experience. If you stumble upon an enticing roadside restaurant in Bangkok it is common to see menus that are displayed on the walls, listing various kinds of noodles, soups as well as seasonings, and other ingredients. Customers may mix and match these ingredients according to their preferences. However, the most frequently ordered Kway Teow Moo is served with pork tenderloins, rice noodles offal, minced beef along with fish balls, and other vegetables. Every bowl comes with the condiments of your choice, which include chili paste, bean sprouts lime, chopped coriander. 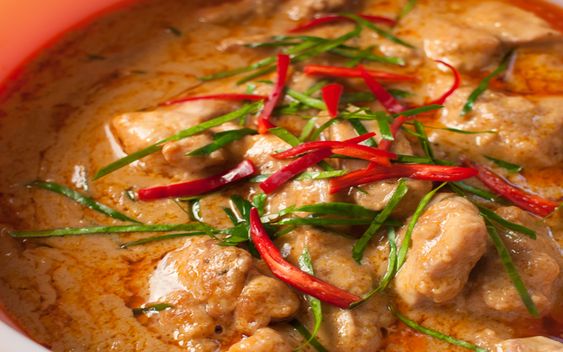 It's not often that you can eat curry straight from the coconut in its entirety. With the help of hor Mok prow and a squirt of the hollowed-out coconut to enjoy small spoonfuls of seafood red curry. After steaming for a short amount of time, the final bowl is filled with the aroma of coconut and spices as well as curry spices. In the bowl that is bubbling, you'll find prawns and chopped Squid, coconut flesh, galangals, and kaffir lime leaves. 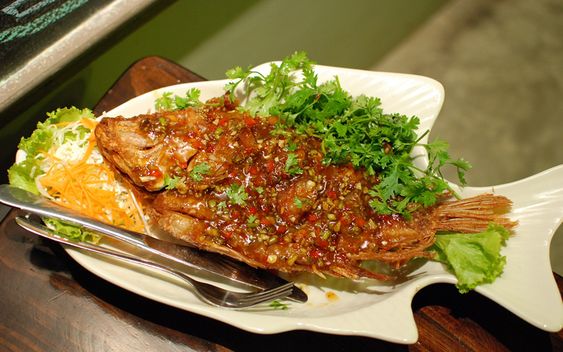 A popular dish both at home and in foreign countries and abroad, authentic Thai foodies know Pla Kapung Neung Manao popularly in the form of "steam lime fish". You can have one whole Asian seabass that has been cooked until the fillet is soft and fluffy. Then, it is immersed in lime soup, and served with chopped chilis, garlic, and cilantro. Take this delicious food fresh from anywhere in Thailand and serve it with jasmine rice. 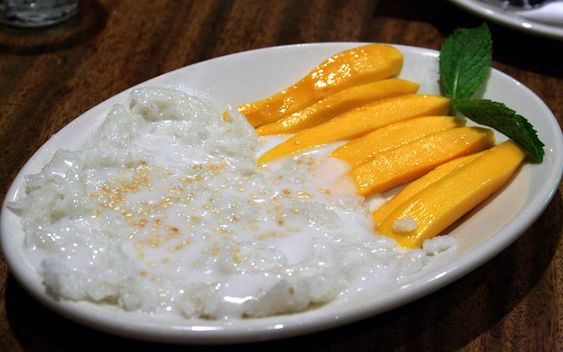 The last element of an authentic Thai meal, this famous traditional dessert will give you a breath of fresh air after consuming numerous dishes that are heavily spiced. It's a simple and tasty mango sticky rice that is made by combining two unlikely ingredients such as mango slices and the sweet grain of rice. However, when eaten together the mango's sourness is softly tempered by the coconut milk infused sticky rice that gives the taste of a creamy, mild flavor like rice pudding. There are a few variations that include sticky rice drizzled with coconut cream sweet served with sprinkles of roasted Mung beans or sesame.