Home to everything from dusty deserts and sublime sand dunes to radiant red rock canyons and the snow-capped Rocky Mountains, â€˜Colorful Coloradoâ€™ certainly lives up to its nickname. Lying in the western United States, it has dazzlingly diverse landscapes to explore, with incredible scenery and nature wherever you go. In addition to its innumerable natural wonders, Coloradoâ€™s national parks and monuments also preserve awe-inspiring archaeological sites and fascinating fossil beds. Left behind by the Ancestral Puebloans are lots of curious cliff dwellings, kivas, and ceremonial sites; many of them are found in some of the most scenic settings in America. 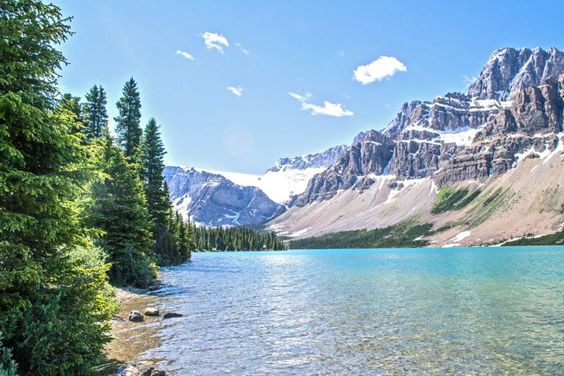 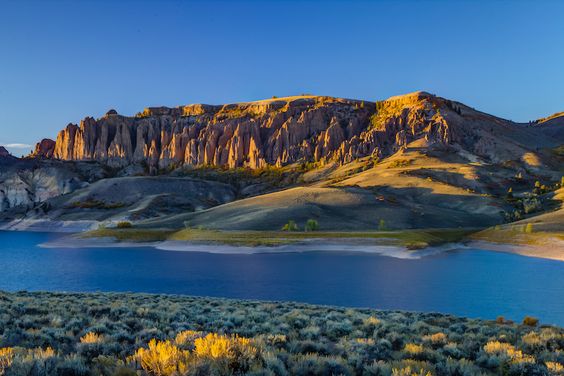 Nestled amidst the Rocky Mountains is the captivating Curecanti National Recreation Area, which lies in western Colorado. Founded in 1965, it is a popular and picturesque place with some outstanding hiking, fishing, and boating being on offer.

The beautiful recreation area surrounds three reservoirs that were formed when the once wild and free Gunnison River was dammed in the 60s. Looming over their scenic shores are rugged canyons and majestic mesas, with the striking spire of Curecanti Needle one of the standout sights.

In addition to its lovely landscapes, Curecanti National Recreation Area has various marinas, campsites, and visitor centers to make use of. With miles of hiking trails winding through the wilderness and numerous watersports to try out, it’s the perfect place for a quiet getaway. The area is particularly known for its salmon and trout fishing. 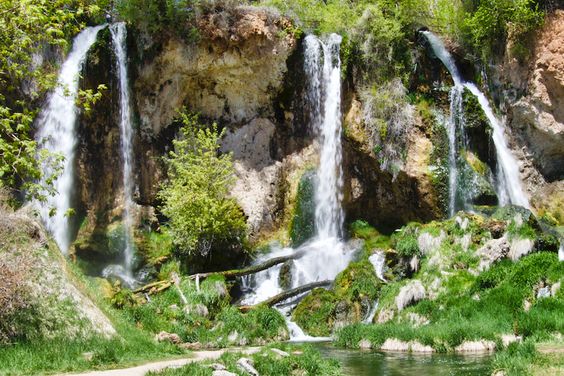 Situated in a serene and secluded setting, Rifle Falls State Park can be found in the northwest of Colorado, on the banks of East Rifle Creek. Due to its fabulous falls and stunning scenery, it has long been popular with photographers and nature lovers alike.

The park’s main attraction is the terrific 21-meter-high waterfall that lies at its heart amidst the lush vegetation. Plunging over the side of a cliff, the three cascades of white water make for a breathtaking sight. Winter is a particularly magical time to visit as they are often frozen solid.

Next to them are some small caves for visitors to explore, with magnificent views to be had from the top of the falls. Many people stay to have a picnic on the banks of the charming creek or camp overnight in the pretty park.

3. Canyons of the Ancients National Monument 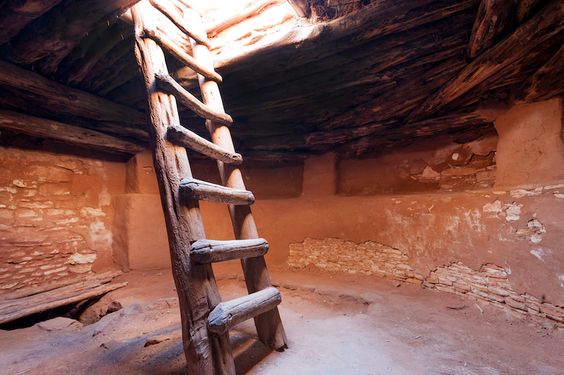 As it boasts an astounding array of centuries-old settlements, structures and shrines, Canyons of the Ancients National Monument is a fascinating place to visit. Set in the southwest of the state, it is believed to be home to the largest concentration of archaeological sites in the States.

Remarkably, the marvelous monument has more than 6,000 such sites to explore, with everything from kivas and cliff dwellings to sweat lodges, stone towers, and sacred springs on show. Tucked away amid the arid confines of its canyons, these incredible cultural sites dated from between 750 – 1300 AD and were mostly built by the Ancestral Puebloans.

While both Lowry Pueblo and Sand Canyon Pueblo are very impressive, it is also worth heading to the monument’s excellent visitor center and museum. Here, you’ll find lots of interesting artifacts and exhibits on Native American cultures and their history and heritage. 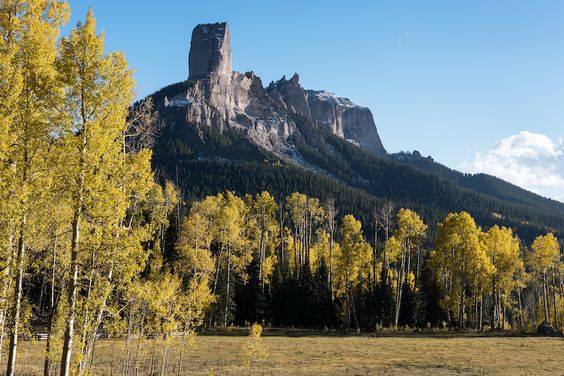 Another of Colorado’s arresting archaeological sites is Chimney Rock National Monument, which lies in the southwest of the state in San Juan National Forest. Perched atop a prominent peak, the awe-inspiring Ancestral Puebloan site is a treat to explore, and has sensational scenery and sweeping views on offer.

Set along the top of a steep ridge are the ruins of over two hundred ancient homes and ceremonial buildings, believed to have been built around a thousand years ago. Chimney Rock was abandoned in 1125, however, and its inhabitants set fire to the buildings when they left.

To gain a greater understanding of the Ancient Puebloan’s culture, it is well worth going on a tour of the site. Tours take you around the Great Kiva and Great House Pueblo, among other excavations. 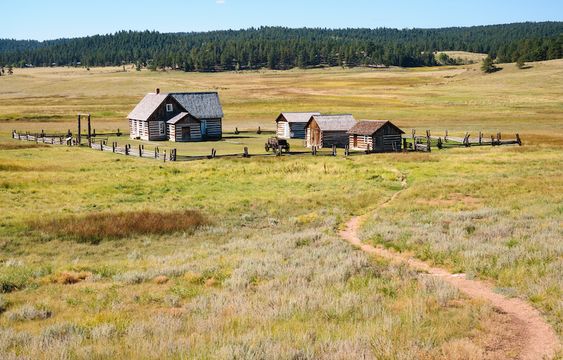 Famed for its extensive and impressive collection of Eocene epoch fossils, the fantastic Florissant Fossil Beds National Monument lies almost slap bang in the center of the state. Located just under an hour’s drive to the west of Colorado Springs, it has some pleasant and picturesque landscapes for you to hike around, as well as an excellent visitors center to check out.

Since excavations began in the late 19th century, a staggering 50,000 fossils of well-preserved insects and plants have been unearthed, dating to around 34 million years ago. In the center, guests can peruse a small sample of them and learn about the history of the rich fossil bed.

Besides viewing the collection, there is some charming countryside to hike around, with phenomenal petrified sequoia stumps dotted here and there.